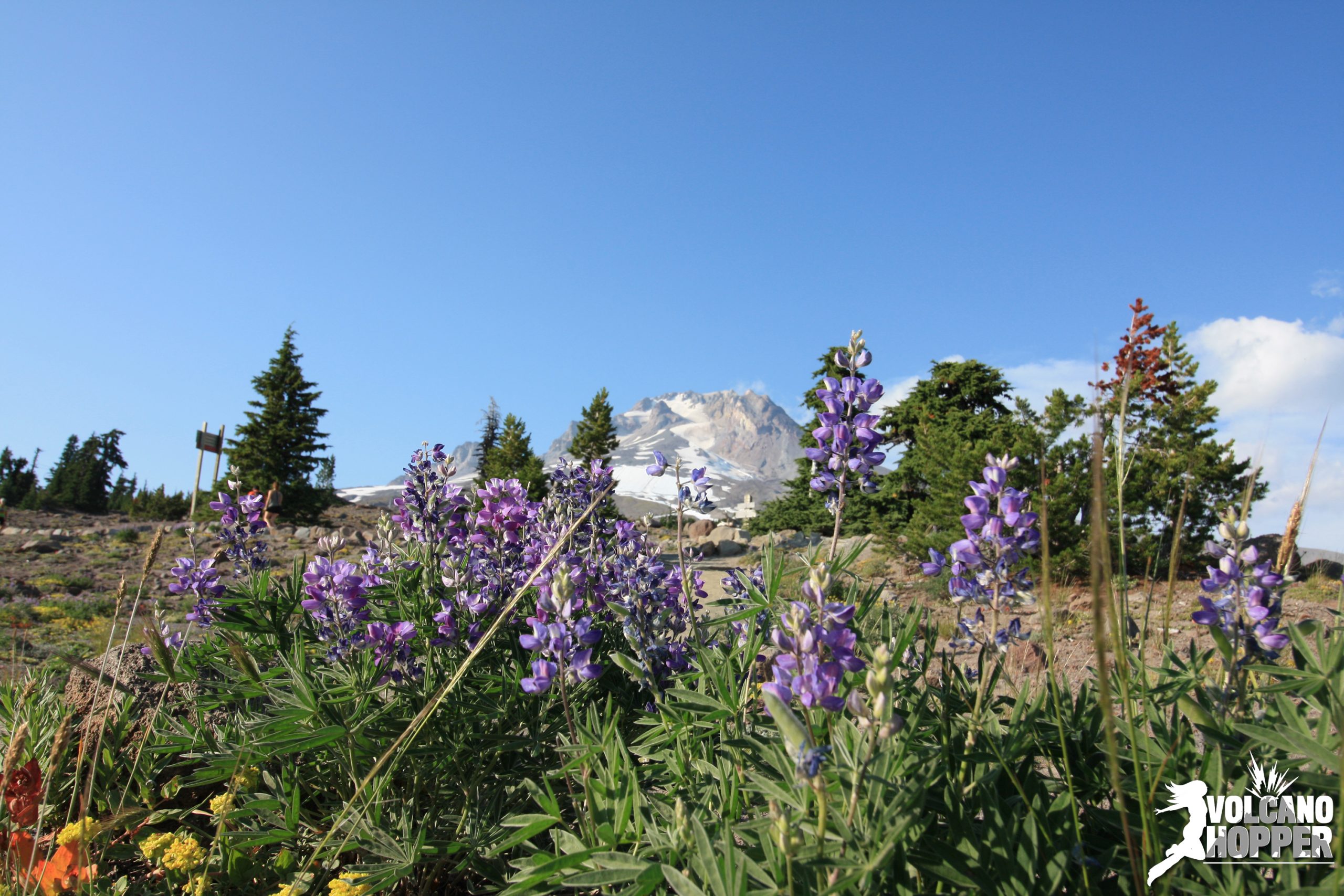 After months of planning, we flew from Denver into Portland at the beginning of August.  From my hard-won window seat on board the Southwest 737, we were able to spot 5 of the volcanoes in the Cascade Arc.  Mt. Adams (12,280’) came into view first, just above the tip of the airplane’s wing.  Then, out of the haze, the massive Mt. Rainier (14,411’) showed himself 50 miles to the north.  Mt. St. Helens (8,366’) appeared next, lying low in the morning haze, the top part of her magnificent cone missing from the 1980 eruption.  Across the aisle, we caught glimpses of Mt. Jefferson (10,495’) and Mt. Hood (11,250’).  Snow and glaciers glittered white on each of the volcanoes’ slopes, making them sparkle and dance in the mist.  All of them were absolutely majestic.

I’m always astounded at how enormous volcanoes really are, and how I am nothing but a speck in comparison.  These five Cascades volcanoes are huge!  If you’ve ever flown, you know that everything looks tiny from 30,000 feet. These composite volcanoes are the furthest thing from tiny, even from the air.  The power and material it took for these volcanoes to create themselves is absolutely staggering.  Can you imagine how much lava and pyroclastic material they must have ejected repeatedlyto build themselves up?

So how are these composite volcanoes formed anyway?  Why are there so many in one arc along the western seaboard?  And what makes them keep erupting?

The earth’s crust has plates which move because of the convection in the earth’s mantle. (Need a refresher course really quick?  Click here.) Just off of the Washington and Oregon coast is one of these plate boundaries.  The Juan de Fuca plate is moving toward the North American plate.  Oceanic crust (Juan de Fuca) is heavier and more dense than continental crust (North American) and so when the two plates collide, the ocean crust subducts (dips under) the continental crust.

As the rock from the Juan de Fuca plate moves lower into the earth, it heats up and begins to melt. The fluids released from the crust melt their way upward through the continental crust, picking up silica-rich minerals along the way.  They accumulate in a magma chamber and, when enough pressure is obtained, they explode through the crust above, creating a volcano.

The magma in the Cascade volcanoes is typically very rich in silica because of the plate subduction zone.  Dacite, rhyolite, and andesite are common lavas that are found here.  They are very sticky (imagine trying to pour peanut butter) and tear apart when they flow.  When you add gas and pressure to the mix, they are wildly explosive.

Basalt (more runny – more like honey) can still be found in the Cascades, but the composite volcanoes here are predominantly formed because of the explosive lava.

They also have a very distinct shape – that beautiful, conical form that pops to mind whenever anyone says “volcano.”  Remember how I said their lava was sticky?  It doesn’t flow very far, so when it erupts, it sticks to the side of the volcano, building it up into the towering forms we know today.

As our plane began the descent into Portland, I caught one last glimpse of Mt. St. Helens in the distance.  Of all of these volcanoes, she was the one I was dying to meet. The one I’d been fascinated with since childhood. And she was there, waiting for me to come explore her slopes, and share with me some of her secrets.  I was giddy inside and ached for the next day to arrive so that I could go introduce myself.

But first, we needed to gather some supplies and set up our Base Camp at the cute cabin in the forest that we had rented.  We certainly needed some rest before our adventures and, more importantly, some fresh seafood at Salty’s!

Do you have a favorite Cascade volcano?  Or questions about them (in general)?  Drop me a comment below and let me know.

Up Next:  Mount Saint Helens: A Trip Through Time