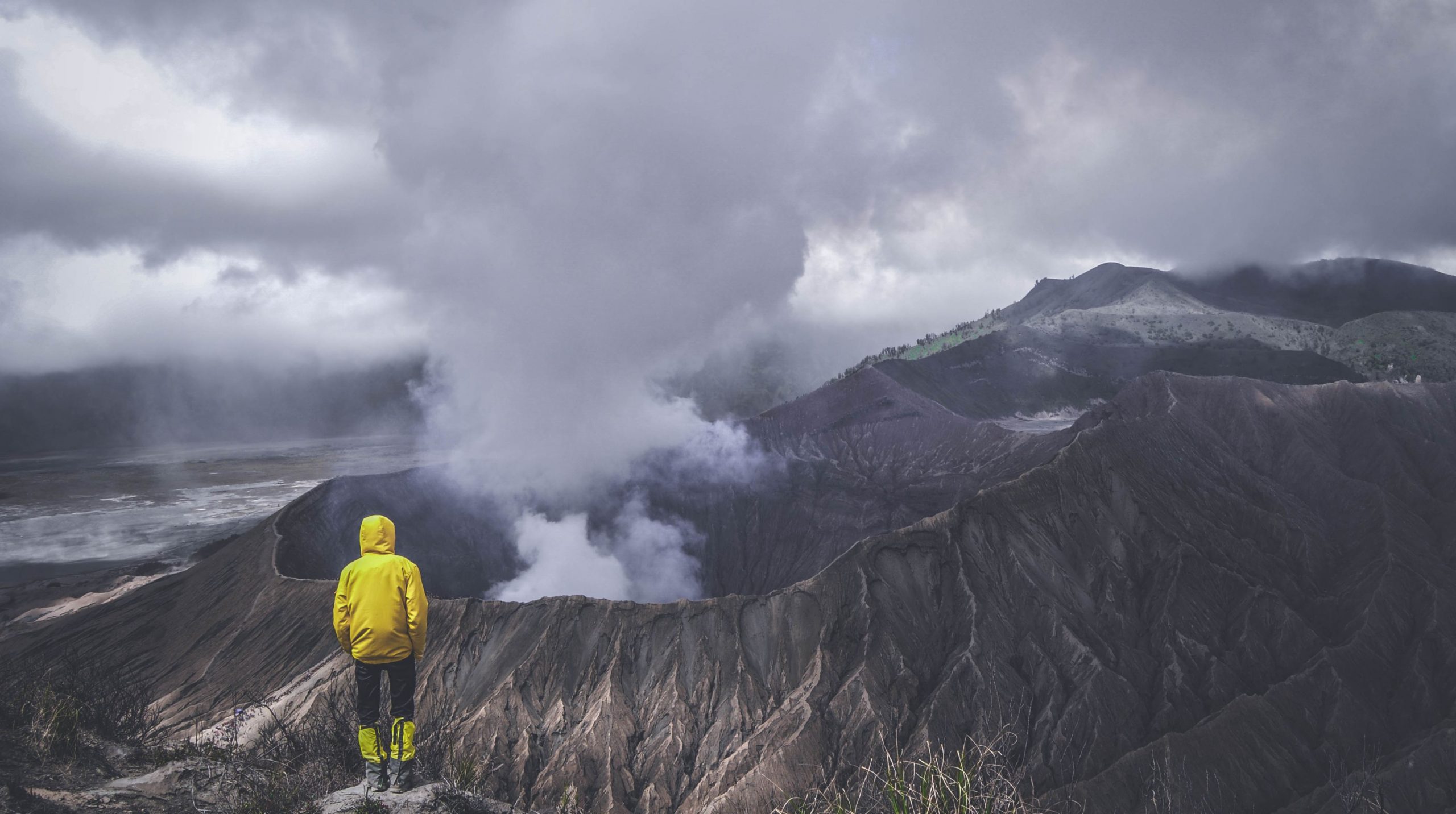 Every few years, there is a volcanic eruption that takes the lives of innocent bystanders.  The loss of human life is heartbreaking. While most volcanoes show us warning signs before they erupt, it is impossible to predict the exact date and time that an eruption will occur.  The results can be tragic.  The loss of life has caused for some people to call for a ban on public access to all active volcanoes worldwide.

1)  Scientists are Not Immune

Scientists and volcanologists are not immune from the effects of a volcanic eruption. Unfortunately, despite their best research, they can get caught in the crossfire, too.  Volcanologists such as David Johnston, Harry Glicken, and Maurice and Katia Krafft – all of whom I admire deeply – were all killed in volcanic eruptions.  Banning the public from visiting volcanoes will not prevent potential danger for the brilliant scientists who study them.

Thousands of people live on or in the shadow of active volcanoes.  To place a ban would require these people to move their homes, towns, and livelihoods to regions outside of the volcano’s impact. With over 1,500 potentially active volcanoes on our planet, all widely dispersed, this is not a feasible move.

As long as people live near active volcanoes, there is always the possibility of danger to the inhabitants.  Most recently, the 2018 eruption of Volcán Fuego in Guatemala killed 190 people, with over 200 still missing.  The numbers are stirring and heartbreaking, but as the inhabitants of this area have done for centuries, they will rebuild after each eruption and continue to settle the area.

3)  Volcanoes that are Safe to Visit

There are some volcanoes that are classified as “active” but are actually very safe to visit. Hawaii claims 4 active volcanoes and – at the moment – each of them are quiet.  Mount St. Helens in Washington shows active steaming and earthquakes but is also mostly calm and safe to climb.  When volcanoes are quiet and safe to visit, it is an excellent opportunity for visitors to learn about them, their histories, and how they may behave in the future.  Public visitors may even have insights and ideas that scientists might find valuable.

When active volcanoes do begin to show signs of unrest, that is when people should be limited from visiting their slopes.  When the warning signs come, we need to back up and give the volcanoes space to erupt and do their thing.  Heeding the warnings and listening to the volcanologists can prevent the loss of human life better than anything else.

Driving through Colorado on the Interstate recently, I saw a sign that 582 people had died from traffic fatalities.  Those losses are tragic, and the numbers far too high, but we don’t ban driving because of it.  Approximately 50 people are killed each year in skiing accidents, but we don’t ban skiing.  Risk is a huge part of life.  Accidents can and do happen no matter what we are doing, or how safely we think we are doing it.

5)  That Volcano Feeds My Family

Many communities rely on volcano tourism to survive.  Without visitors coming to see the volcano in action, the livelihood of many families are in danger.  For example, many communities on the Big Island of Hawaii exist because of the tourism that Kilauea volcano brings to the island.  Without those visitors who need places to sleep, food to eat, and souveniers to buy, the economy on the island would greatly suffer.  After the White Island eruption, and pressure to ban the public from active volcanoes, tourism to the Big Island of Hawaii dropped significantly, causing families to struggle to make ends meet.

Our society is very reactionary to tragedy.  Perhaps it is one way of trying to make sense of a loss that has happened, and showing the desire to prevent such a tragedy again.  But reaction without precaution is empty.  We need to take steps – the right steps – to prevent those tragedies in the first place.  Of course, not all accidents can be prevented, especially when it comes to volcanoes.  But if we take the warnings to heart and pay attention to them, perhaps lives could be saved.

As time passes, the sharp reactions will fade and the danger will be forgotten.  A few years down the road, unfortunately, we may be in the same situation where a volcano is preparing to erupt and people are in the way.  Hopefully we will remember to heed the warnings and give it the space to do what it was created to do.

If you are craving a visit to an active volcano, do your research first to be sure it’s safe to go. If you see any unrest or aren’t sure if it really is safe, err on the side of caution and stay home.  If the volcano is quiet and calm, however, don’t be afraid to explore these wonders of our planet.  In fact, I’m sure they would enjoy the company.

Copyright © 2020 Volcano Hopper. All rights reserved.
**Disclaimer: Please use extreme caution when hiking on any volcano, particularly near active lava, or eruption sites. Volcanoes are extremely unpredictable and the unexpected could be deadly. Please use safety precautions and bring the appropriate safety equipment if you venture out. Do not cross boundaries that have been established by the authorities, and if you are not sure or feel unsafe, DON’T DO IT.